You can search for words, content, topics in the archive of the Maritime Industry News Agency via the search forms above , or you can list the news by date by entering the date in day-month-year format.

She was relocated to Mexico waters and exploited as an offshore oil industry flotel, since around 2009, until last month, when she was decommissioned, to be dismantled at Tampico.

Understood she was under tow from lay-up at Coatzacoalcos and was anchored to wait out weather on Oct 26, but dragged anchor and grounded, when the storm was passing the area.

Skeleton crew of four was rescued.

The ship is to be refloated. AIS was on until Oct 30. 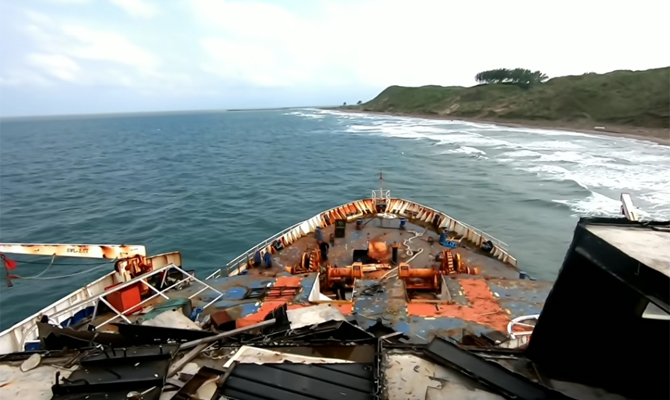 Ever Alp transits Suez Canal on its maiden voyage

Kuwait, One Of The World’s Wealthiest Oil Exporters Is Becoming Unlivable